Home /What is GPS? 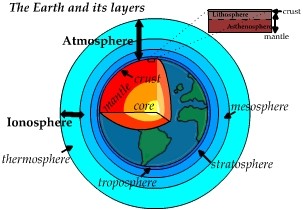 The Global Positioning System (GPS) is a navigation and precise-positioning tool. Developed by the US Department of Defence in 1973, GPS was originally designed to assist soldiers and military vehicles, planes, and ships in accurately determining their locations world-wide. Today, the uses of GPS have extended to include both the commercial and scientific worlds. Commercially, GPS is used as a navigation and positioning tool in airplanes, boats, cars, and for almost all outdoor recreational activities such as hiking, fishing, and kayaking. In the scientific community, GPS plays an important role in the earth sciences. Meteorologists use it for weather forecasting and global climate studies; and geologists can use it as a highly accurate method of surveying and in earthquake studies to measure tectonic motions during and in between earthquakes.

Three distinct parts make up the Global Positioning System. The first segment of the system consists of 24 satellites, orbiting 20,000 km above the Earth in 12-hour circular orbits. This means that it takes each satellite 12 hours to make a complete circle around the Earth. In order to make sure that they can be detected from anywhere on the Earth’s surface, the satellites are divided into six groups of four. Each group is assigned a different path to follow. This creates six orbital planes which completely surround the Earth.

These satellites send radio signals to Earth that contain information about the satellite. Using GPS ground-based receivers, these signals can be detected and used to determine the receivers’ positions (latitude, longitude, height.) The radio signals are sent at two different L-band frequencies. L-band refers to a range of frequencies between 390 and 1550 MHz. Within each signal, a coded sequence is sent. By comparing the received sequence with the original sequence, scientists can determine how long it takes for the signal to reach the Earth from the satellite. The signal delay is useful in learning about the Ionosphere and the Troposphere, two atmospheric layers that surround Earth’s surface. A third signal is also sent to the receivers from the satellite. This signal contains data about the health and position of the satellite.

The second part of the GPS system is the ground station, comprised of a receiver and antenna, as well as communication tools to transmit data to the data centre. The omni-directional antenna at each site, acting much like a car radio antenna, picks up the satellite signals and transmits them to the site receiver as electric currents. The receiver then separates the signals into different channels designated for a particular satellite and frequency at a particular time. Once the signals have been isolated, the receiver can decode them and split them into individual frequencies. With this information the receiver produces a general position (latitude, longitude, and height) for the antenna. Later, the data collected by the receiver can be processed again by scientists to determine different things, including another set of position coordinates for the same antenna, this time with millimetre accuracy.